Report of the National Palace at Tbilisi City Assembly

The report, presented by the director of the palace Tinatin Rukhadze, was about the steps taken to create a safe learning environment in the conditions of the pandemic of teachers and children, equipping appropriate learning spaces and enhancing distance learning, as well as introducing an electronic student registration platform.

According to Tinatin Rukhadze, despite the pandemic, the National Palace held about 150 events in 2020 Among them She mentioned several projects supported by the Tbilisi City Hall, such as the International Youth Film Festival Taoba, Which was established in 2018 by the National Palace of Student Youth and Education Foundation.
Film Festival from Georgia is the only member of the European Children’s Film Association( European Children`s Film Association) and the Georgian partner of the European Film Academy “Young Audience Award”.

Tinatin Rukhadze also informed the deputies about the large-scale infrastructural works that are being carried out on the palace as a cultural heritage monument and the process has not been delayed despite  of the pandemic. According to her, the complete rehabilitation of the 2nd and 3rd parts of the National Palace has started and the external strengthening works of the main building of the palace are underway.

The joint sitting was held in question-answer mode, after which the deputies received the submitted and discussed report as a notice. 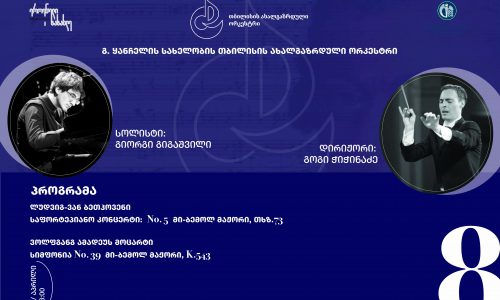 The first concert of 2021 of the Tbilisi Youth Orchestra

On April 8, at 18:00, Tbilisi Youth Orchestra named after Giya Kancheli will hold the first co .. 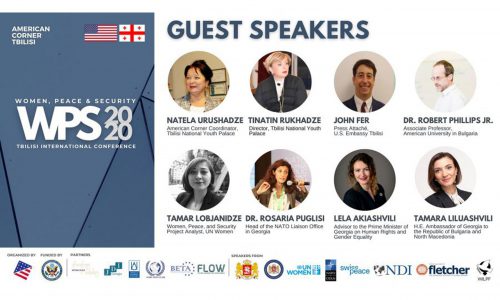 On December 11, 12 and 13, the American Corner of the National Palace, with the support of the ..

National Palace, Tbilisi Youth Orchestra, together with Latvian friends, congratulate you on th ..